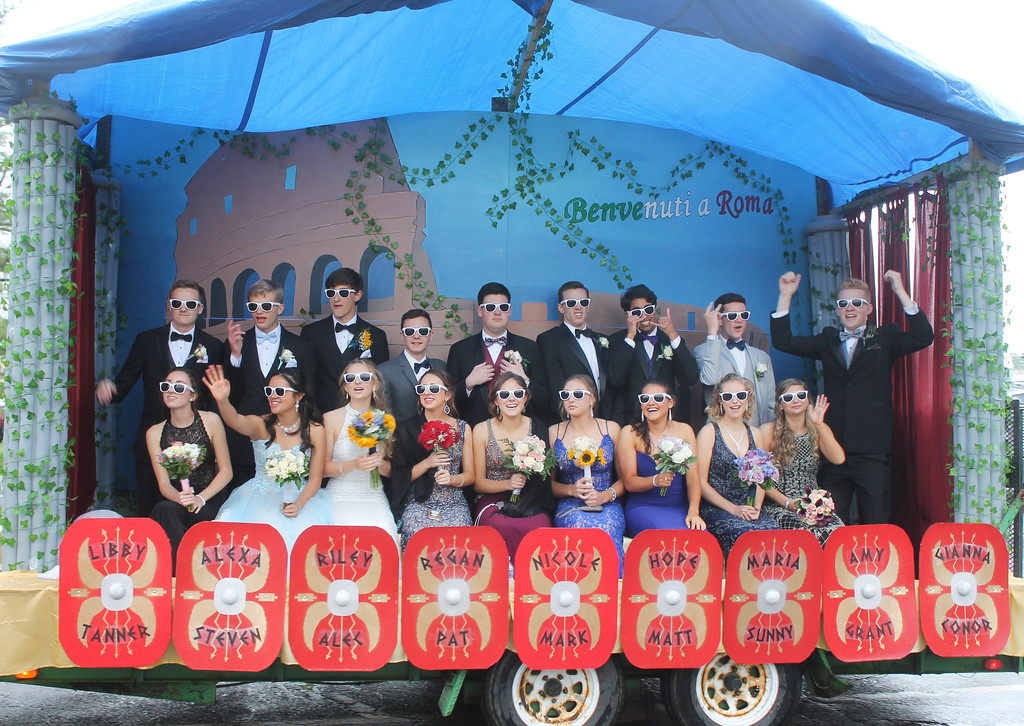 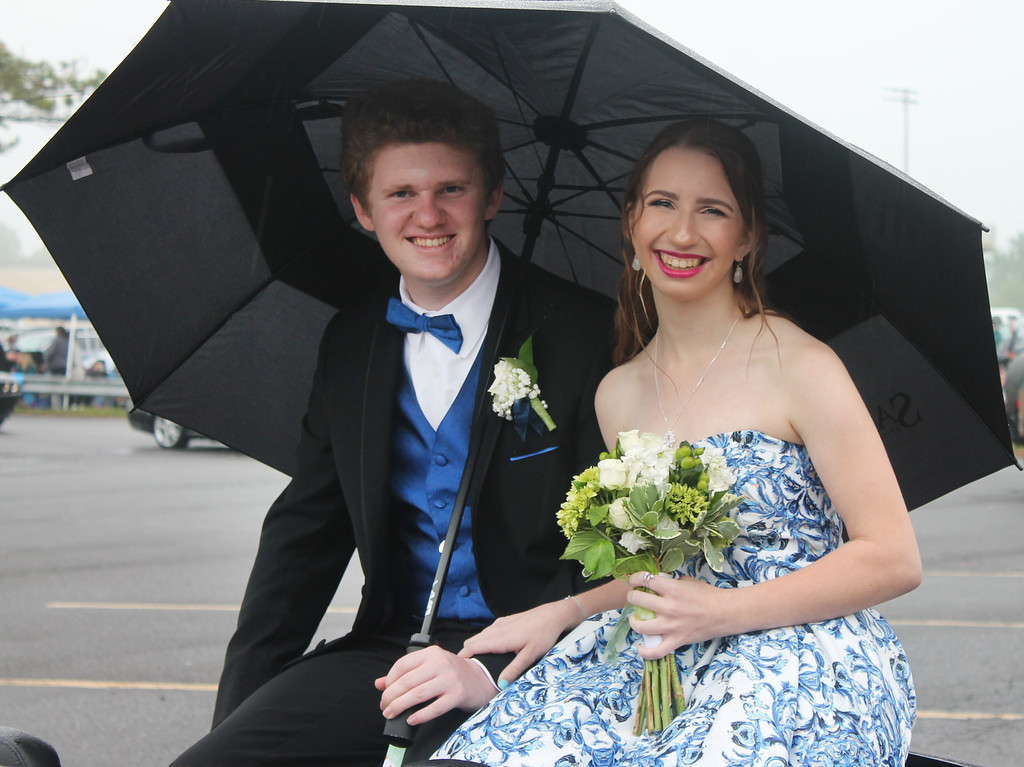 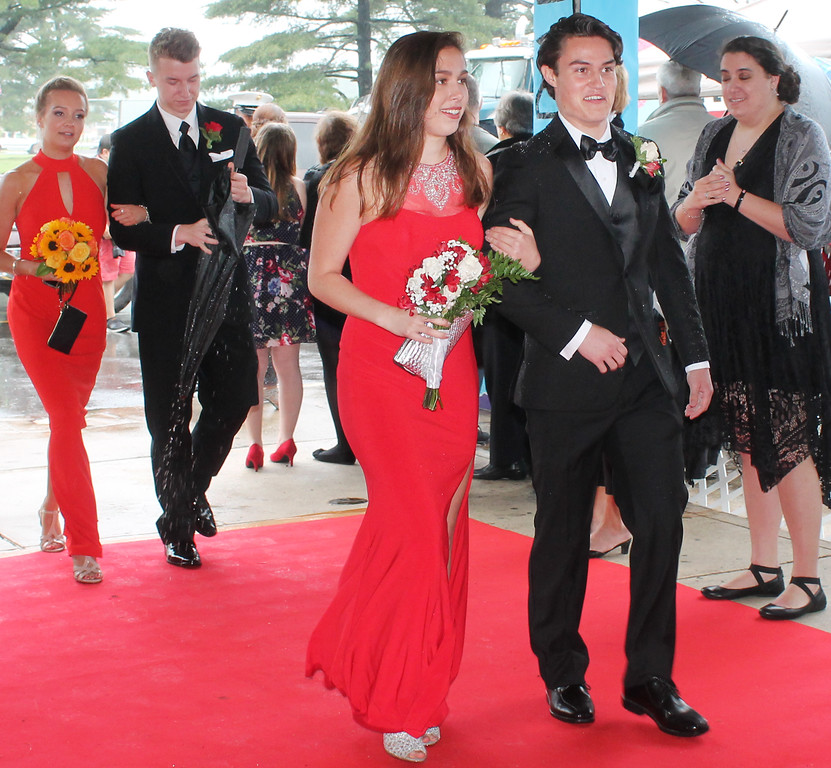 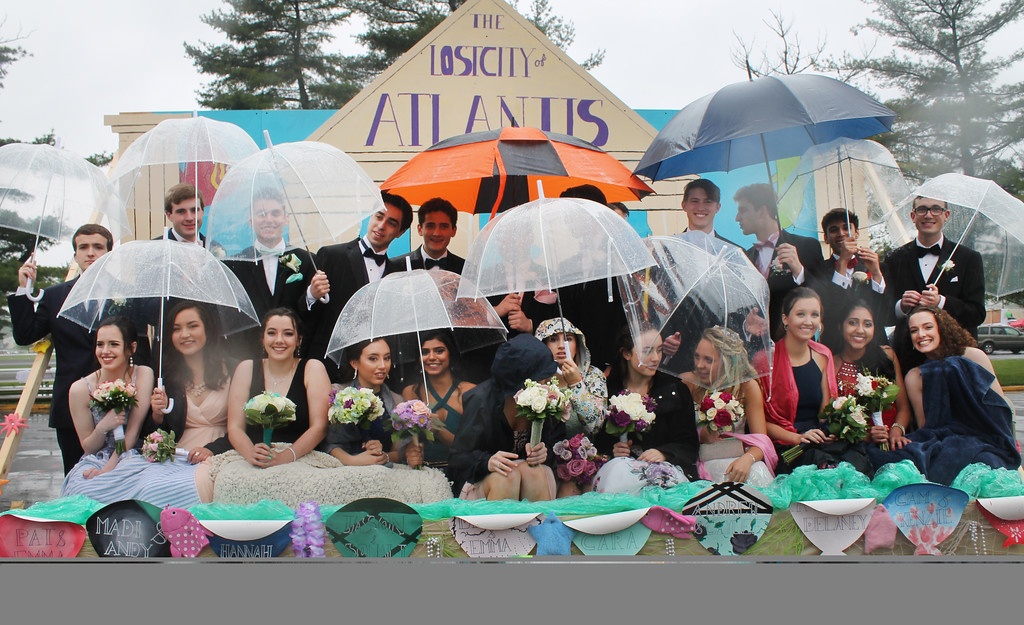 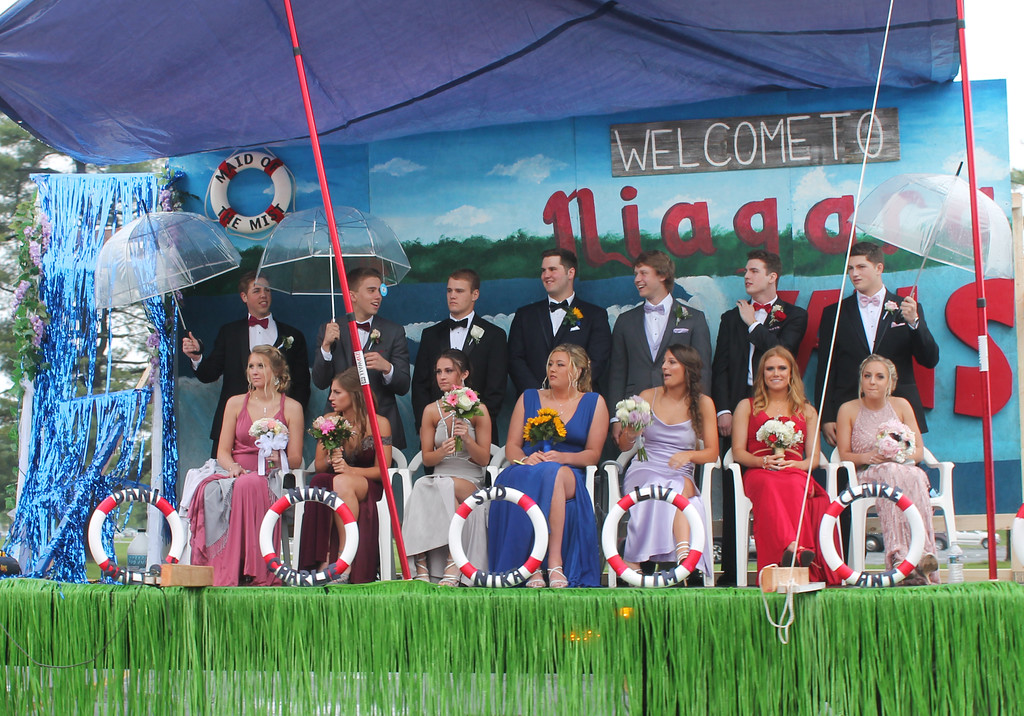 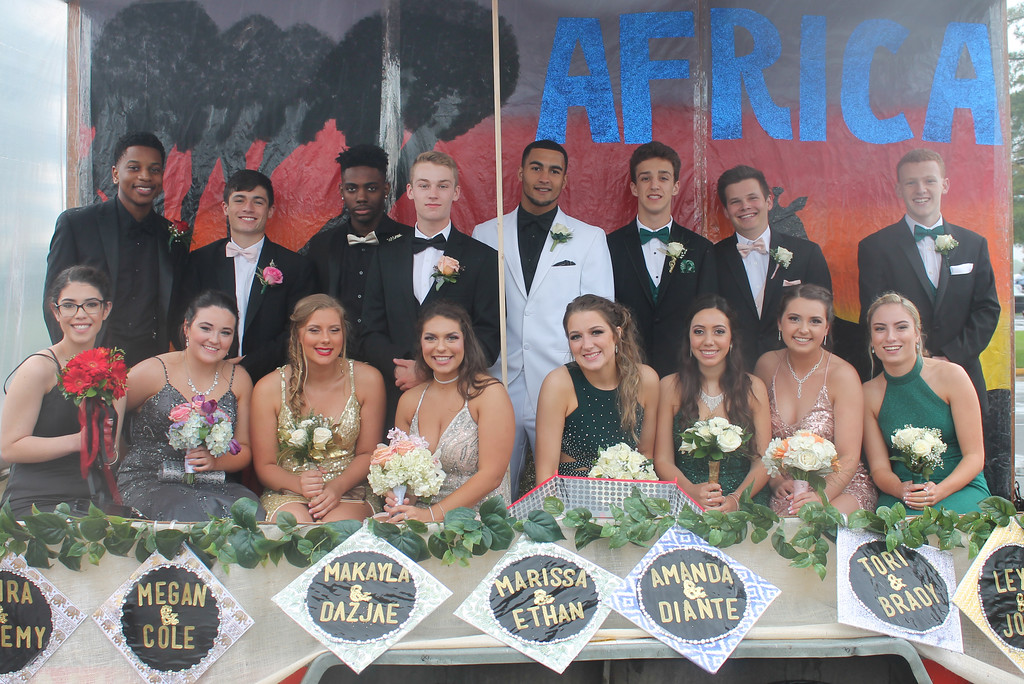 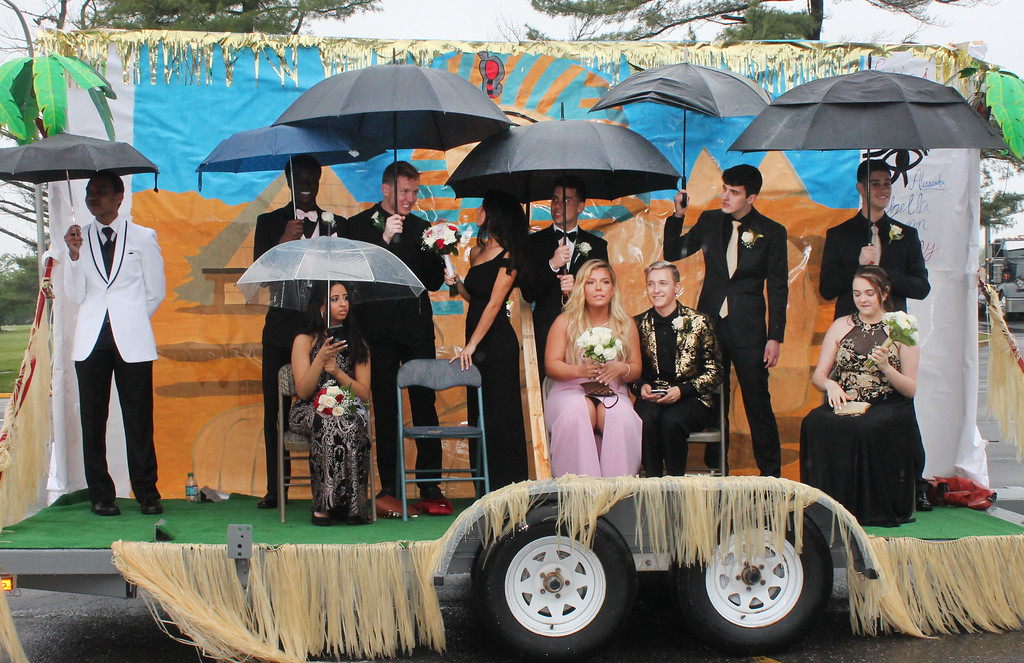 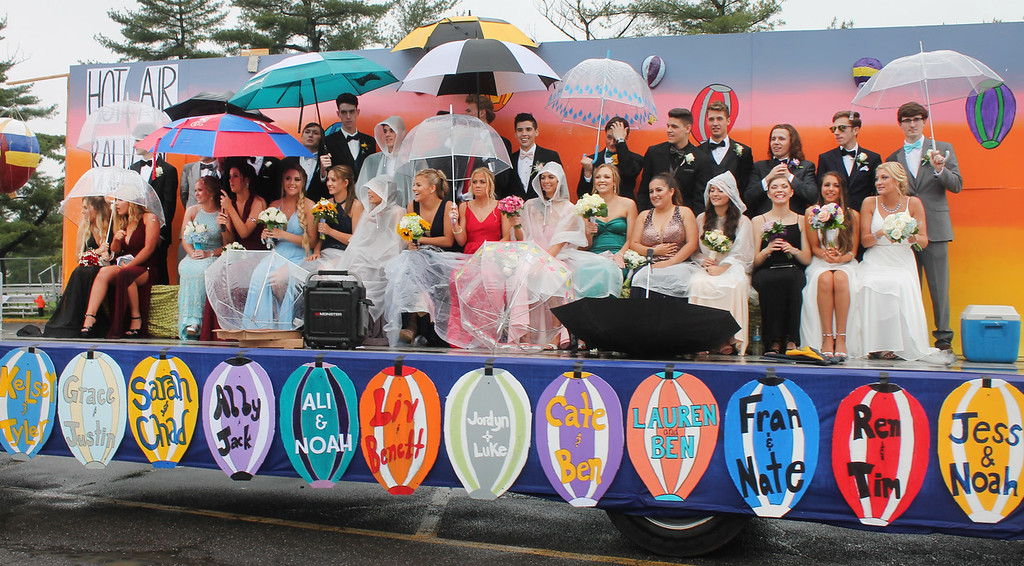 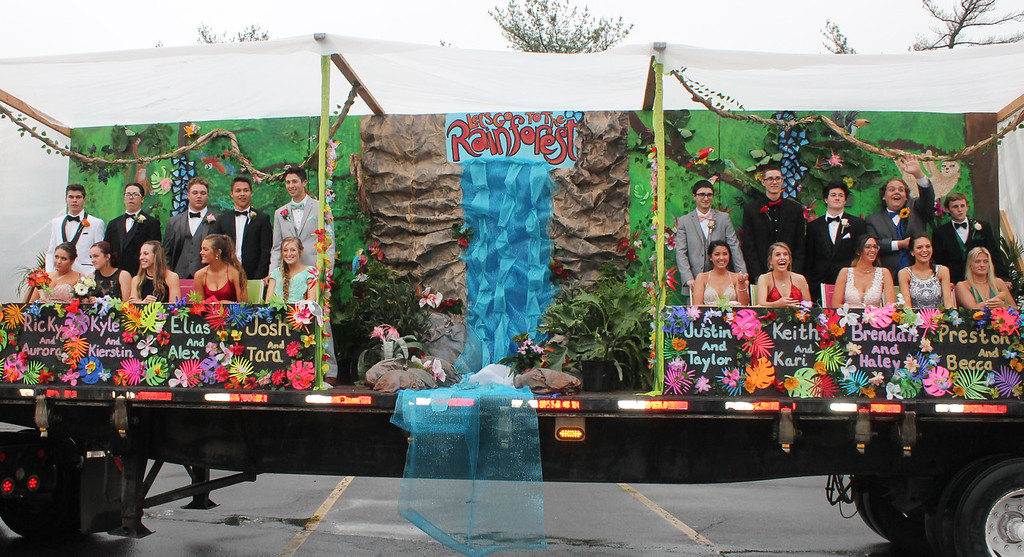 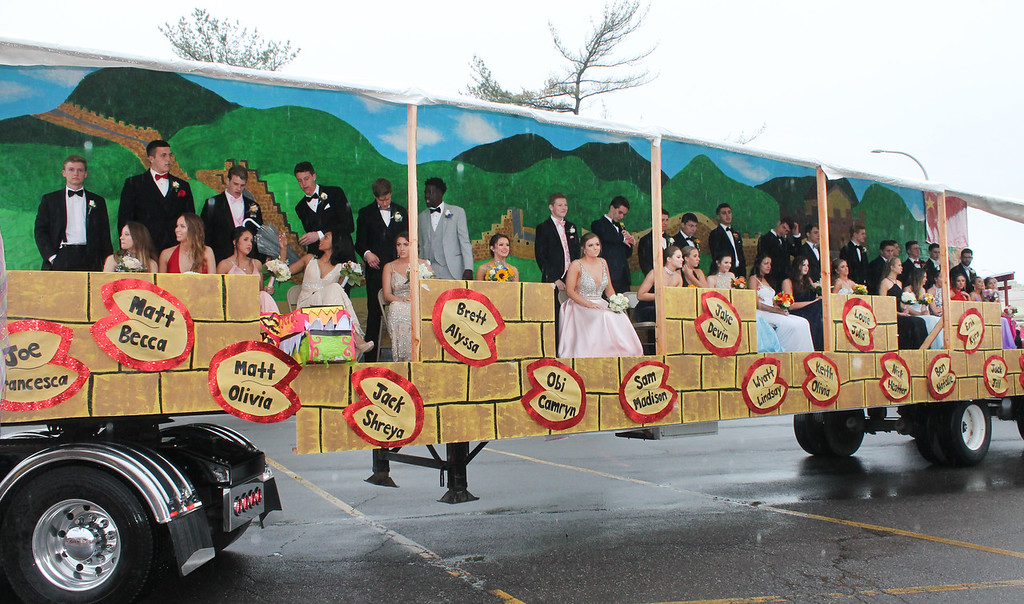 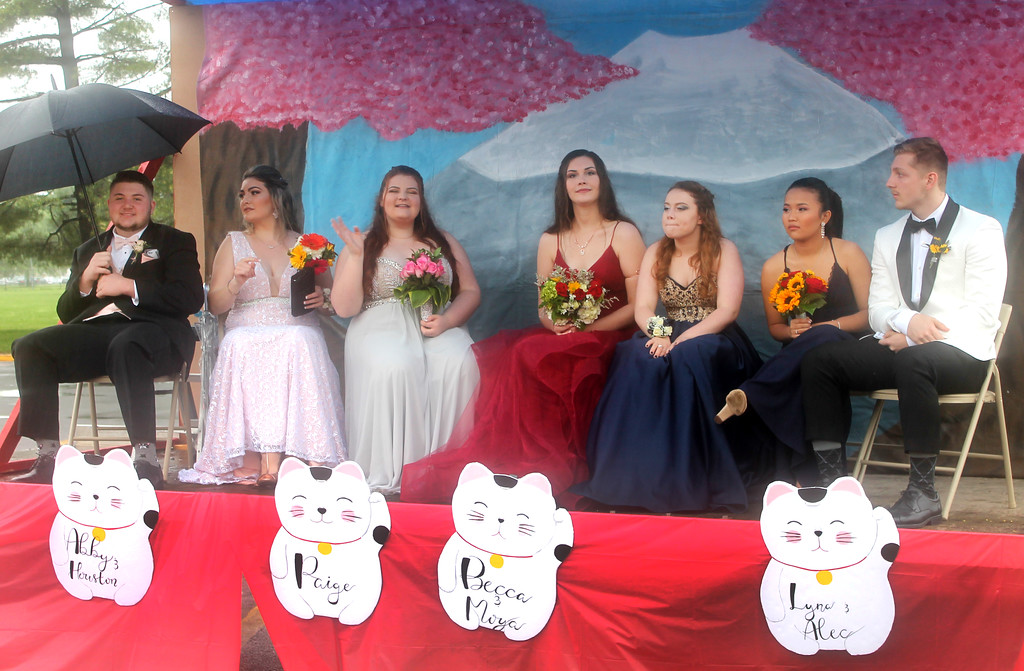 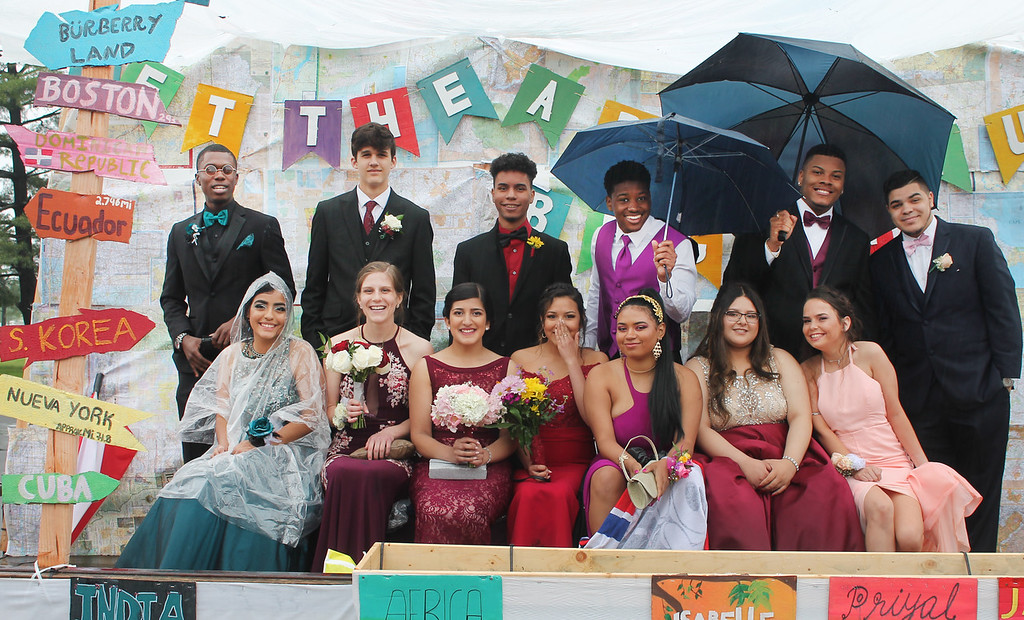 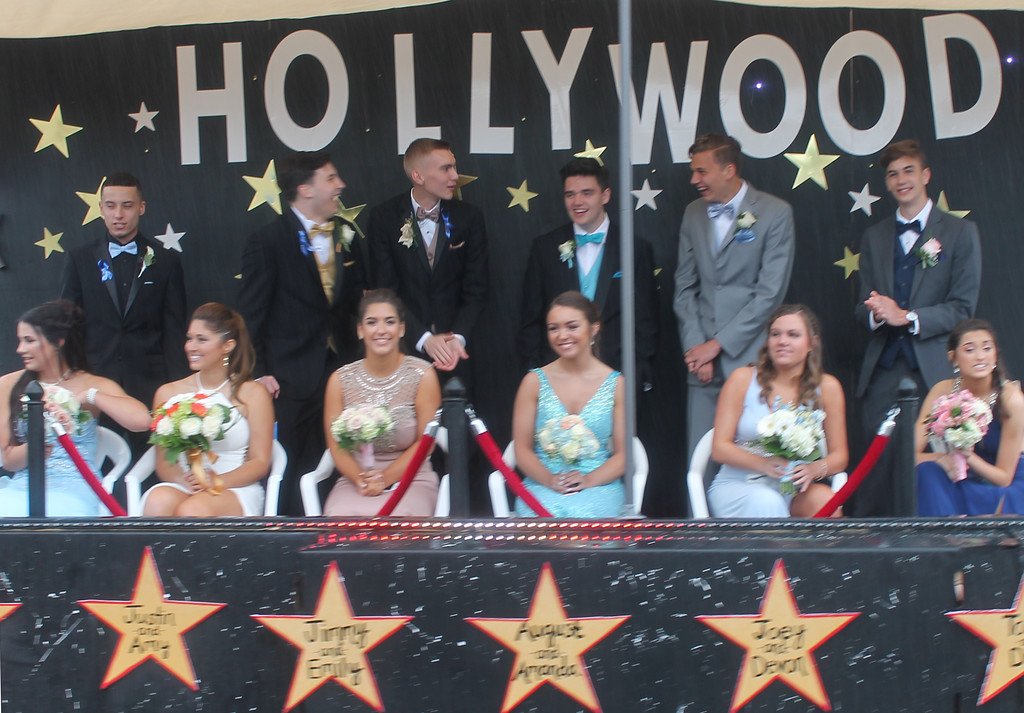 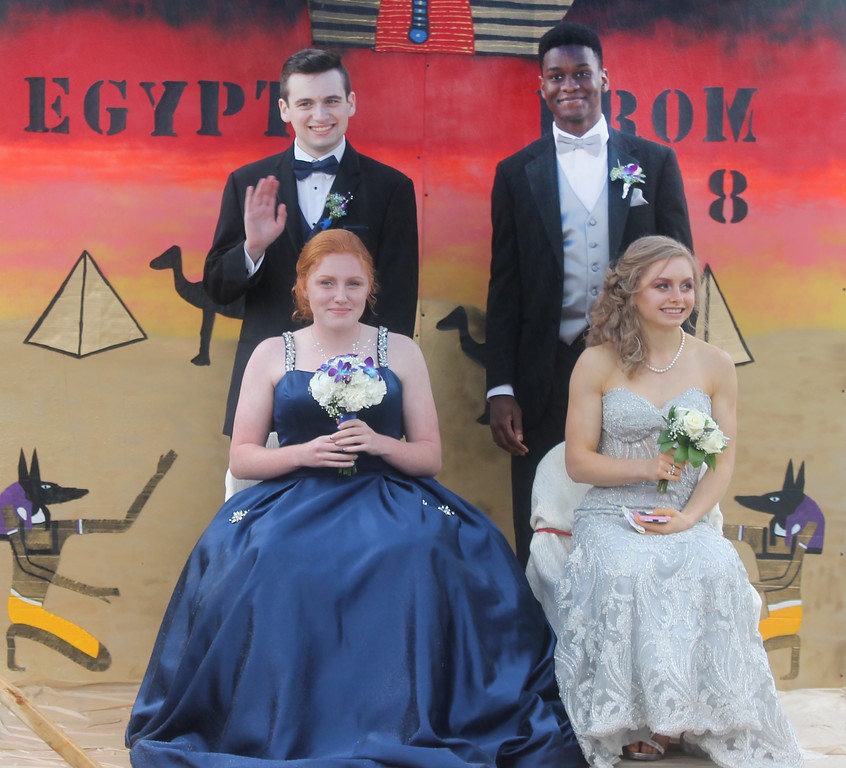 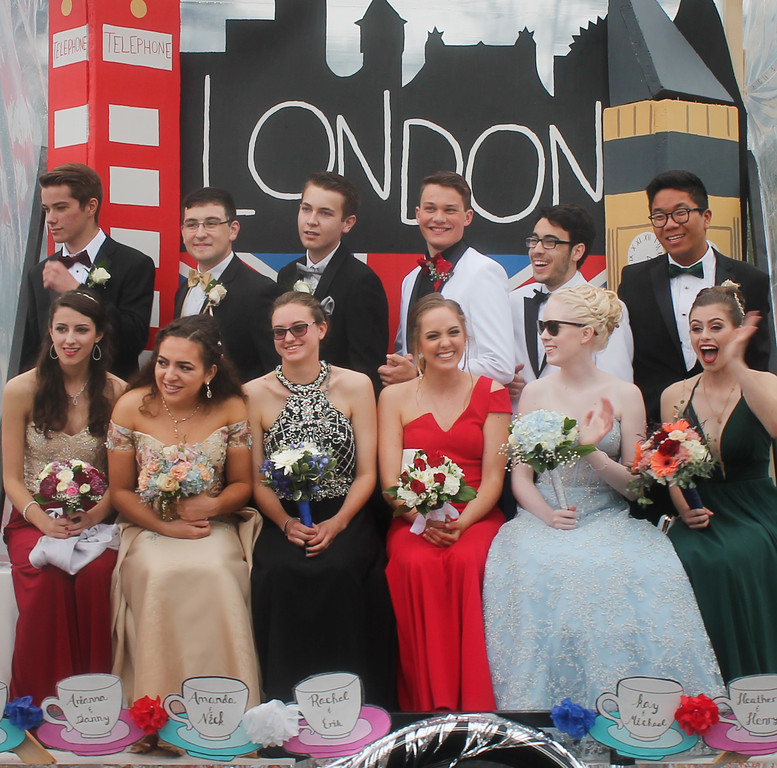 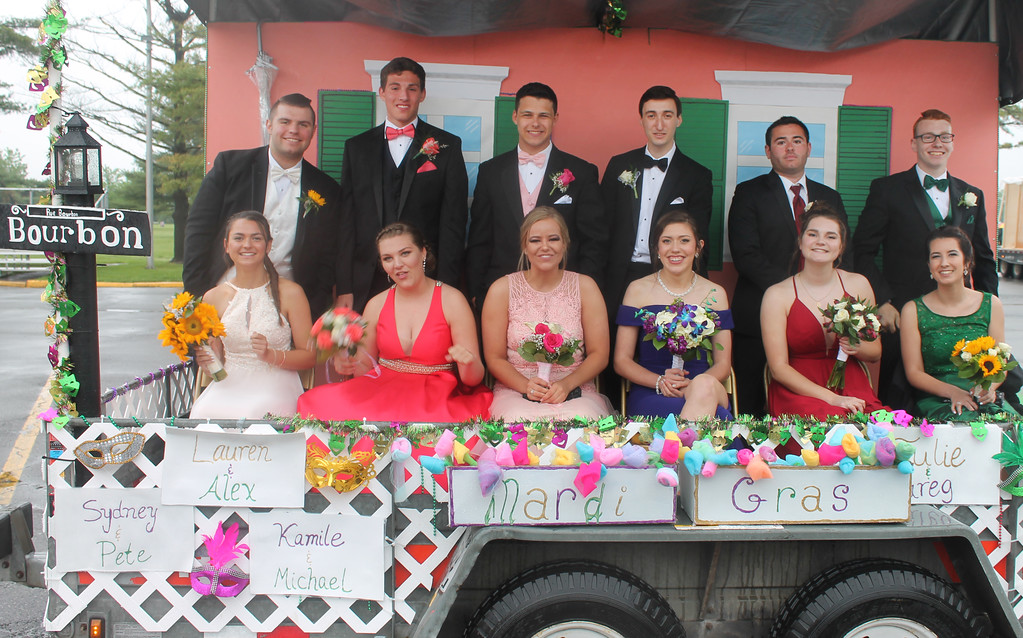 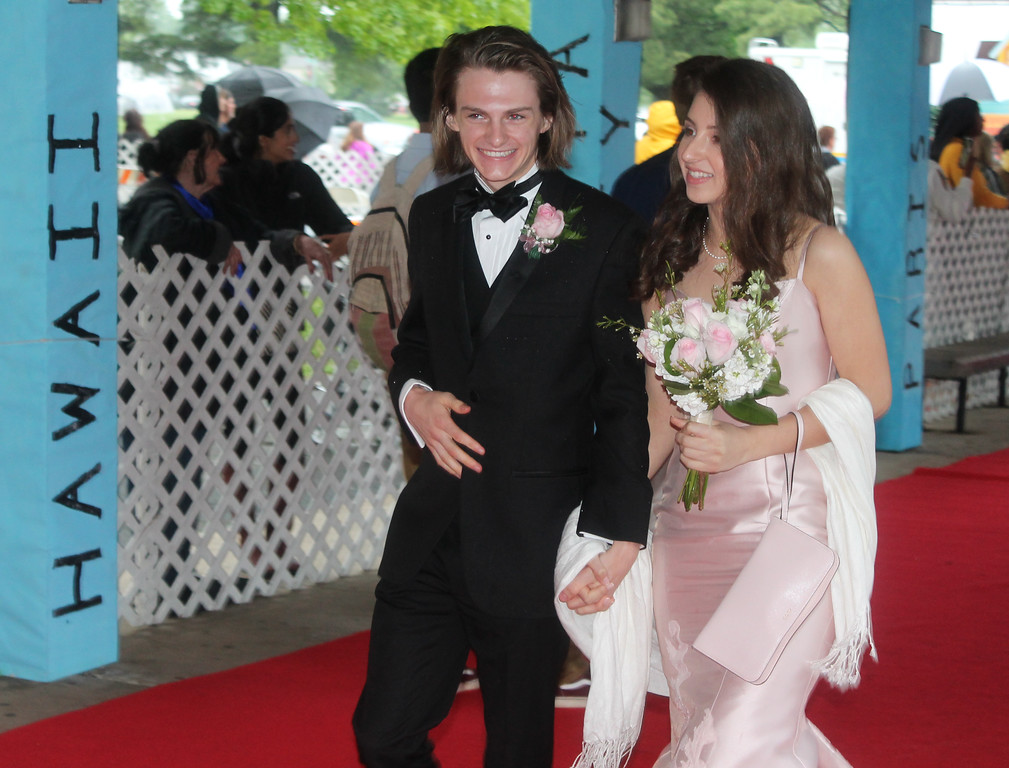 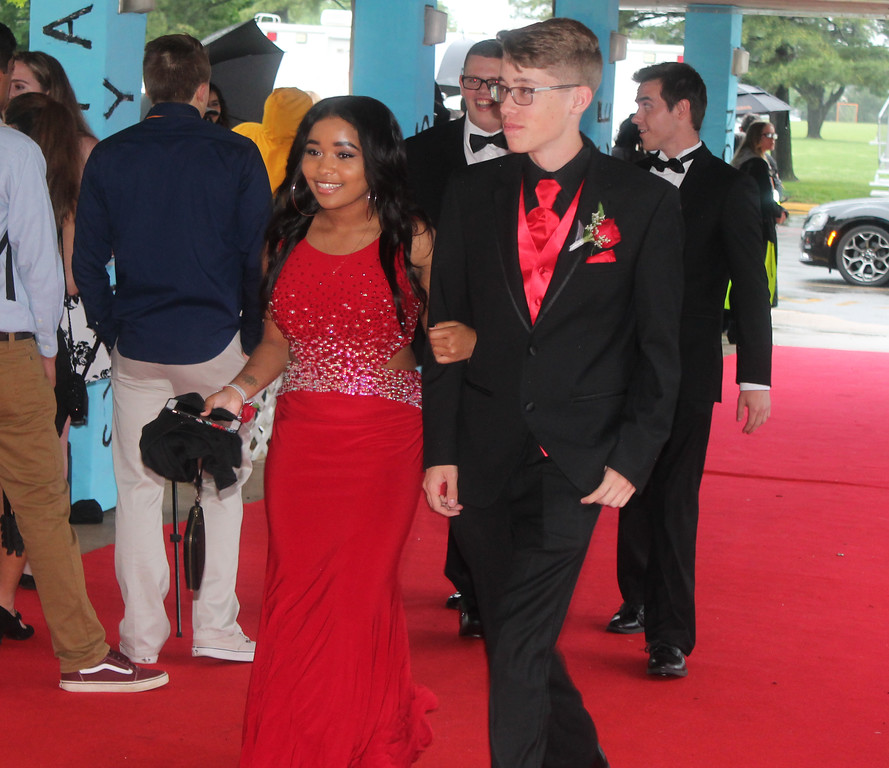 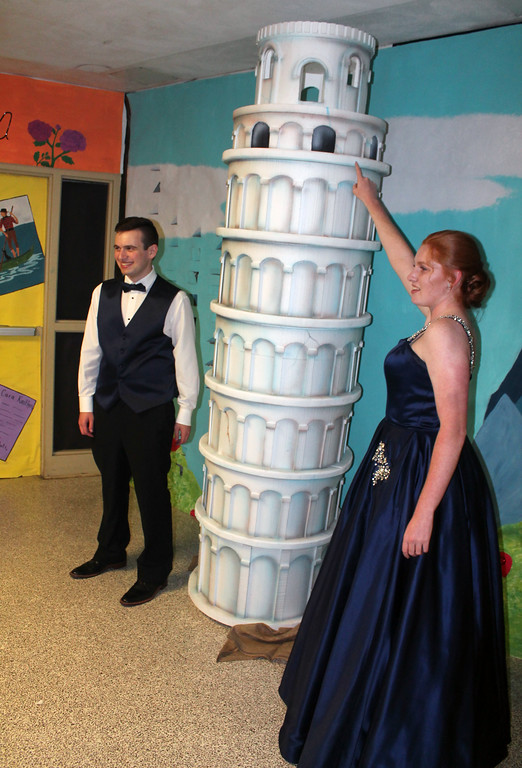 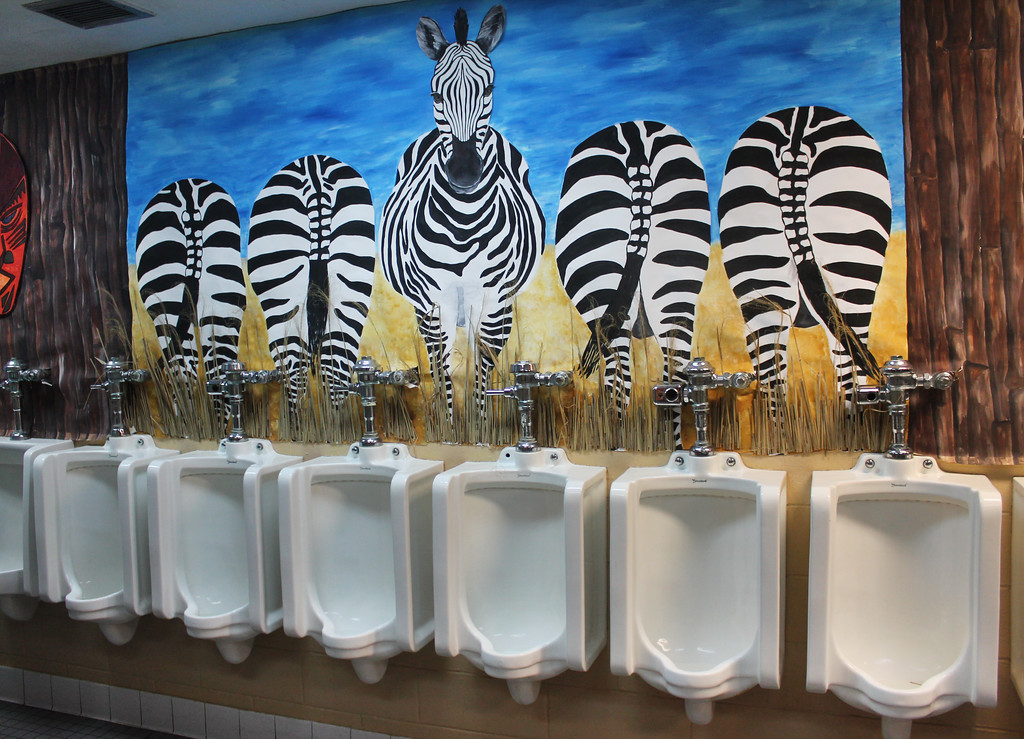 PENNSBURY >> From a life-sized airship streaming live scenes from around the Prom to A-List entertainer DJ Pauly D, Pennsbury lived up to its reputation as “The Best Prom in America” Saturday night. This year’s senior dance had it all - and then some. The evening began with a rainy, but spirited Prom Parade from the west to the east campus featuring more than 50 floats and vehicles celebrating this year’s Prom theme, “Destination Prom,” which celebrated exotic places and modes of transportation. Couples rode aboard floats celebrating Venice, Italy; Paris, France; Japan; the Hawaiian Islands; Key West; Niagara Falls; Africa; Kilimanjaro; and even the snow-covered Antarctic as the world come to Pennsbury for an evening. Floats also celebrated Las Vegas, the Wildwoods, Hollywood, Bourbon Street, the Festival of Lights, the Northern Lights, Venice Beach, the Lost City of Atlantis, Australia, Egypt, Rome, London, Holland and many other exotic locations. One float covered with the flags of the world even posed a question to parade watchers, “What’s your Destination?” But the best was yet to come.