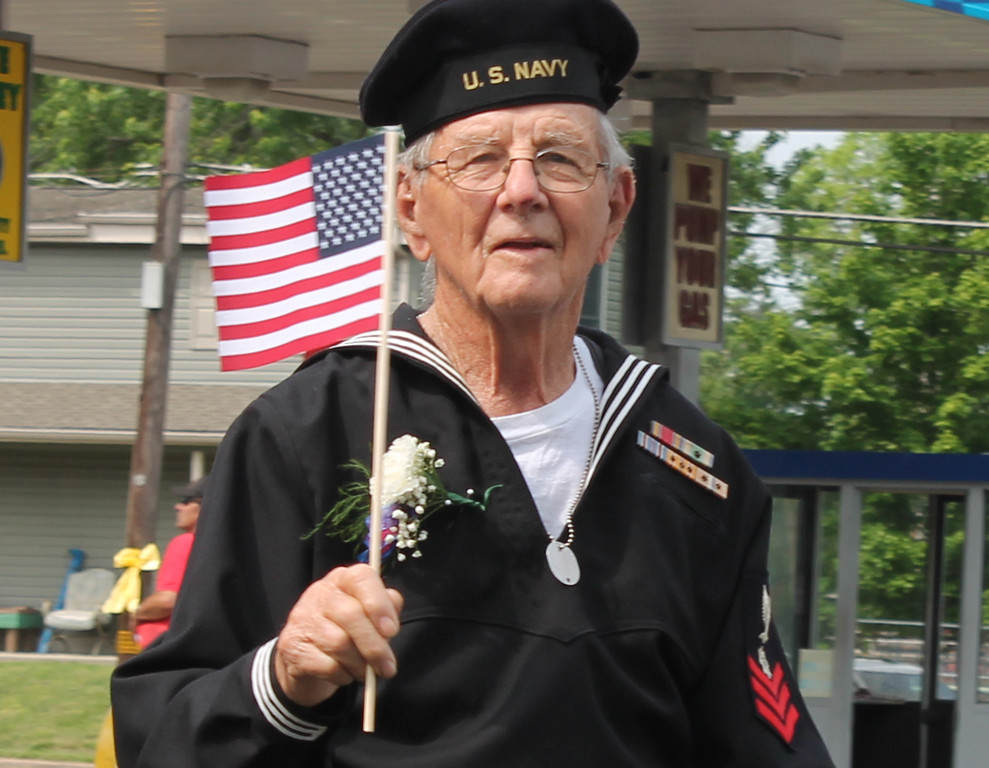 PENNDEL >> The community gathered at the Penndel Ball Fields on Memorial Day weekend to send a message of sacrifice, remembrance and gratitude to the future. During a ceremony following the annual Penndel-Hulmeville Memorial Day Parade on Saturday, leaders of the committee that brought the Traveling Vietnam Wall here in 2017 lowered a time capsule into the ground as a solemn reminder of what took place during the Wall’s visit to Penndel. The ceremony followed the annual Penndel-Hulmeville Memorial Day Parade which stepped off Saturday morning beneath partly sunny skies. Applause filled the air along Bellevue Avenue as members of the Penndel American Legion led the march from Hulmeville to the ball fields in Penndel Borough. More applause greeted a caravan of cars carrying veterans from World War II, Korea and Vietnam. A U.S. Marine Corps Color Guard proudly marched down the street carrying the flag of the nation followed by the All Division Detachment of the Marine Corps League and the Tri-County Band. Politicians from Penndel and Hulmeville boroughs waved to the crowds from a lineup of vehicles as U.S. Congressman Brian Fitzpatrick walked the route shaking hands along the way. Also riding by were State Senator Tomlinson, State Rep. Tina Davis and District Judge the Hon. Daniel Baranoski. The Uptown String Band strutted the route performing patriotic favorites including “This Land Is Your Land.” The band Big Whiskey rode by belting out the song, “We’re An American Band.” Teams of Wildcats joined the parade. So did Scouts from Penndel and Levittown. Members of the Redeemer Lutheran Church rode by singing patriotic hymns. Also joining the parade were the Daisy Jug Band, the Andalusia Jug Band, the Nashville Cats, the Penndel Rescue Squad and Fire companies from Penndel, William Penn, Parkland, Langhorne-Middletown and Eddington.

With flag-waving enthusiasm, hundreds gathered along the sun-drenched, sweltering streets of Penndel and Hulmeville boroughs Saturday morning to cheer on their local veterans and to remember those who paid for freedom with their lives. Along streets adorned with giant yellow ribbons – a symbol representing the men and women serving overseas who have not yet returned home - the annual Penndel/Hulmeville Memorial Day Parade marched through the two boroughs with local veterans leading the way. Proudly bearing the colors of the nation and carrying rifles in a silent symbol of salute to the war dead, applause filled the air as members of American Legion Post 436 of Penndel marched by in memory of the nation’s men and women in uniform who have given their lives over the centuries in the cause of freedom. As residents waved flags, the national champion Reilly Raiders Drum and Bugle Corps of Willow Grove filled the air with patriotic music.

Neshaminy High School held its graduation ceremony for the Class of 2015 at the school on Wednesday, June 10, 2015.

In Local news 5 years ago